At Norfolk Community Health and Care NHS Trust we are committed to ensuring equality and diversity is central to the way we deliver healthcare services and how we support our staff.

We seek to improve the quality of people’s lives, in their homes and community by providing the best in integrated health and social care. We want to do that by offering care that is compassionate and personal to individuals. This means recognising and responding to their different needs and circumstances to provide care consistently to everyone. We will work together with the public and our patients to overcome barriers to delivering good care. As an employer we will give equal opportunities to our staff and value the diversity of our workforce.

As an NHS Trust we also have legal duties with which we must comply.  These relate to individuals who receive care from us or work for us. Very simply this means that people cannot be treated less favourably because of, for example, their race, age, gender, disability, religion or sexual orientation.

We will use a process used across the NHS called the Equality Delivery System 2 to help us fulfil our duties.  The work will be led by our Equality and Diversity steering group and overseen by the Board of Directors who lead the Trust.

We encourage everyone to support our commitment to equality and diversity and work with us to implement the Equality Delivery System 2.

Advocacy is important to NCH&C and we have appointed and trained a number of advocates and champions to help guide and support patients, members of the public and our staff. If you have a query, please contact PALS on 01603 697300 or email pals@nchc.nhs.uk

An Equality and Diversity Steering Group meets every two months to oversee service delivery, workforce data and to steer the organisation to address any emerging issues.

The steering group is chaired by the Deputy Chief Executive and membership includes a Non Executive Director, PALS, Health Watch, expert service users, staff ambassadors as well as interested staff. The steering group reports to the Trust’s Quality Risk Assurance Committee (QRAC) and in turn the Board.

The role of the steering group is to oversee all the E&D activities, making sure they are embedded into our daily business by influencing the thinking and behaviour of the organisation and its members and is responsible for ensuring compliance with all statutory duties, monitoring and legislative requirements, and celebrating change.

The Employers Network for Equality and Inclusion 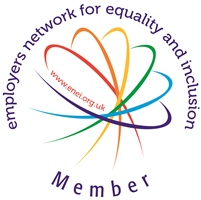 “We encourage every member of staff to register (with work email address) to carry out own personal learning.

NCH&C is fully committed to learning and understanding the intersectionality of our workforce and patient community and in doing so believe wholeheartedly that we should challenge ourselves to improve, benchmark against other like for like organisations within our region and beyond. Because of this we have chosen to be supported by the expertise of an independent organisation and proud to be able to provide our teams with access to all the information that they require to support the trust in developing our culture of trust-wide allyship, compassion, civility and respect.

A paper was approved by the Board of Directors on 27th January 2016 which outlined the Trusts objectives for equality and diversity for the next three years.  Following the conclusion of this period, the Trust has engaged a variety of stakeholders including using the Your Voice Our Future platform to consult on the Trust’s next objectives.

As a result of this consultation, five objectives are proposed for the next three years to March 2022.  These will be annually reviewed and will be the framework for equality and diversity in the Trust.

The trust’s objectives are:

Links to annual priorities “Improving Our Quality” and “Securing the Future”.

Links to annual priorities “Enabling Our People” and “Securing the Future”.

Links to the annual priorities “Enabling Our People” and “Improving Our Quality”.

Links to the annual priorities “Improving Our Quality” and consistent with our approach to support further autonomy, delegation and local ownership.

Links to the annual priorities “Improving Our Quality” and “Enabling Our People”.

The trust has consolidated the equality and diversity activities at a Trust level and has an ambition to develop the support for localities and services at a more local level, therefore all the actions from the frameworks have been incorporated into one action plan.

A summary of this, detailing the actions associated to each framework, is available to download.

As an organisation we intend to demonstrate that we are achieving this by publishing progress against our objectives.

To improve the equality performance of this organisation, making it part of mainstream business for the Board and all staff to meet the requirements of the Equality Act and to involve patients and communities to achieve:

Scrutiny is provided by the steering group report which reports through the Boards Quality and Risk Assurance Committee.

In April 2015, NHS England introduced the WRES to ensure employees from black, Asian and minority ethnic (BAME) backgrounds have equal access to career opportunities and received fair treatment in the workplace.

This information is used by the trust to develop local actions and enable us to measure progress against the indicators of race equality.  The trust is required to publish our data relating to these standards.

In April 2019, NHS England introduced the WDES, a set of ten specific measures (metrics) that will enable NHS Organisations to compare the experiences of disabled and non-disabled staff.

This information is used by the trust to develop local actions and enable us to measure progress against the indicators of disability equality.  The trust is required to publish our data relating to these standards.

We are a Disability Confident Leader

What is Disability Confidence?

A Government led initiative which supports employers to recruit and retain disabled talent. Employers can sign up to this if they are committed to or already completing certain actions.
It also helps customers and other businesses identify employers committed to equality in the workplace.
There are three levels to this scheme to identify between employers at different stages in the process. 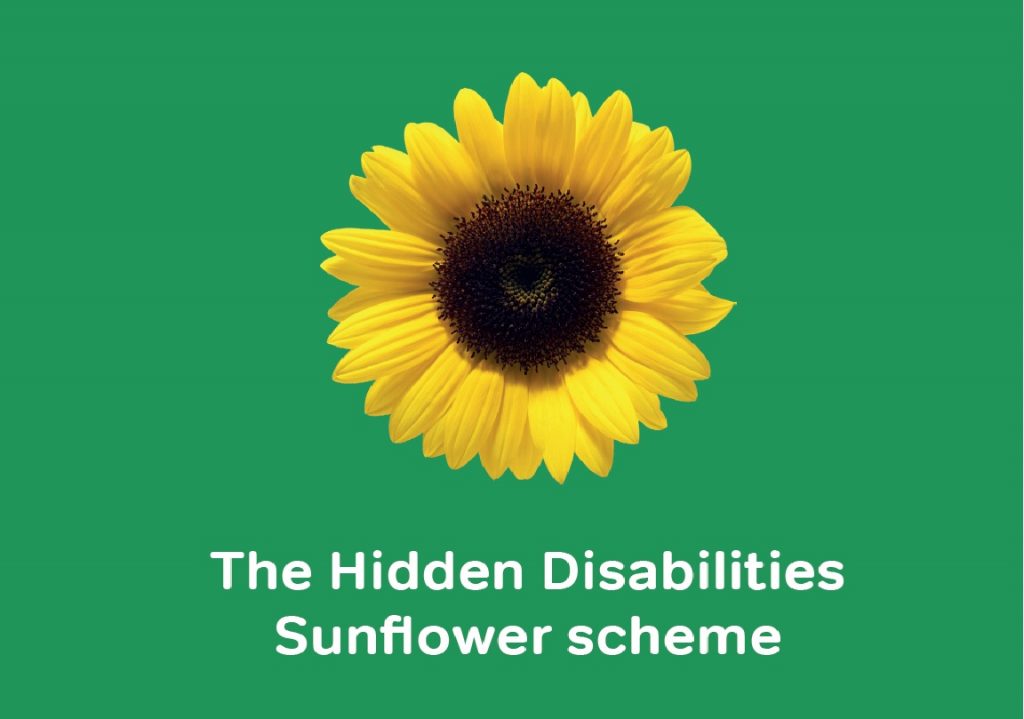 We are a member of the Sunflower Hiden Disabilities initiative.

A Discreet way to make the invisible visible.

Not all disabilities are obvious. Some are hidden, such as learning difficulties, mental health or difficulties with mobility, speech, eyesight and hearing. Wearing the Sunflower discreetly indicates to people around the wearer including staff, colleagues and health professionals that they need additional support, help or a little more time.

Since the Sunflower was established in the UK in 2016, it has been adopted globally by organisations to support both their colleagues and customers.

In accordance with the Equality Act 2010 (Gender Pay Gap Information) Regulations 2017, employers with 250 or more employees are required to publish Gender Pay Gap calculations no later than 30 March each year, commencing in 2017/18. The gender pay gap is not the same as equal pay, it’s the difference between the average pay of all men compared to the average pay of all women. In an organisation which adheres to structured pay grades and equal pay the Gender Pay Gap will highlight variances between genders if there's a proportional difference in the distribution of the workforce across the grades. For example, if an organisation has a higher proportion of males in higher banded roles the Gender Pay Gap analysis will identify this.

The legislation requires an employer to publish six calculations:

Since our first report in March 2018, the Trust has reviewed Talent Management processes, reviewed inclusion of “unconscious bias” training in recruitment training and challenging career stereotypes through the Talent for Care team to encourage more males into Band 2 to 5 roles and associated career pathways.

The analysis this year shows that within NCH&C there are more females (headcount) in the organisation employed in every banding group than males. However, males have a higher average hourly rate due to a larger proportion in higher banded roles in comparison to the overall gender group, these roles fall specifically in admin & clerical mainly within Corporate services. In addition, Qualified Nursing is the area where the lack of males is having an adverse effect on the GPG as the proportion of females in this group is higher than that of males.

The information must be published on both the employer’s website and on a designated government website. An employer should then use that information to help understand any underlying causes for their gender pay gap and take suitable steps to minimise it.

It is anticipated that the ethnicity pay gap could be greater, given the disproportional impact of the higher proportion of minority ethnic staff in non-Agenda for Change pay, which are more likely to have higher average pay. 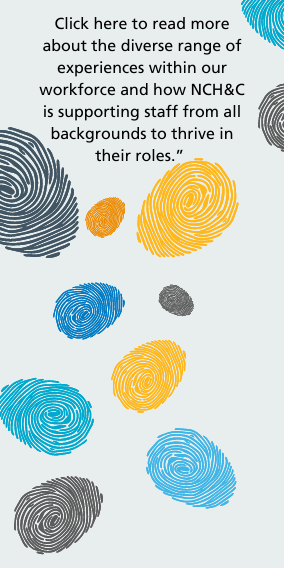